BOTTOM OF THE TABLE 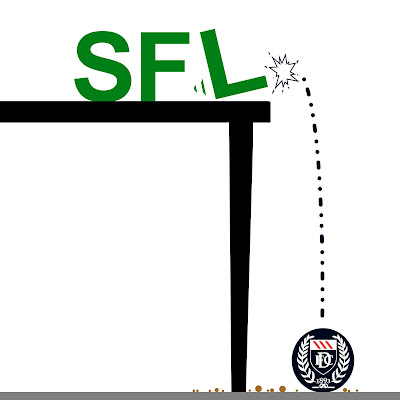 Things are bad if not terminal.
But things have been bad before and the Dee staggered on.I remember Andy Ritchie trundling around Dens for Morton - did he score twice? I seem to recall that was a disastrous result.I also remember a similarly static player for the Dee - Peter Miller cept he was shit.I can't remember if it was the Morton game( early70's ?) but he was having his usual stinker and was getting the usual dogs abuse from the Derry,I remember he turned to the crowd and gave them the full 'v's' either before or just after he got subbed!

Peter Millar played in the last years of the 70's. In season 79/80, he was left back in the team that was relegated. Highlights of that season were a 5-1 thrashing of Celtic at Dens and the debut of a teenage Ian Ferguson. We lost Billy Pirie to injury and Ian Redford was transferred. Peter Millar got so much abuse from the Derry that manager Tam Gemmell pleaded in The Courier that the fans should start encouraging him. To their credit, the Derry even sang "there's only one Peter Millar" at one game, but he never did become a favourite. That said, he wasn't the only dumplin' in that team. We weren't relegated for nothing.