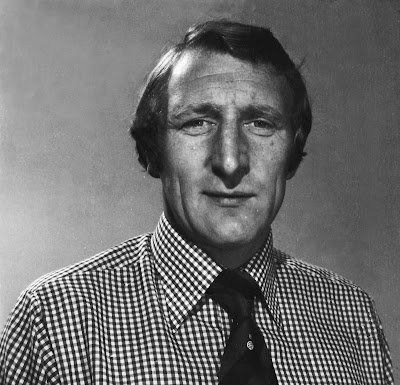 Tommy Gemmell was already a legend by the time he came to Dundee because of his playing days at Celtic and with Scotland, but he also became a bit of an instant hero at Dens when he signed in 1973 and promptly lead the team to League Cup success as captain that year.
When he hung up his boots in 1977, he got the job as Dee boss. His managerial highlight was probably getting Dundee promoted to the SPL in 78/79, but it was swiftly followed by relegation the following season, and so ended his time in charge.
Before he departed, he did manage to squeeze out a famous victory against his former team, Celtic. A 5-1 drubbing at Dens. However, even this amazing scoreline, with just 2 games remaining in the 79/80 season, wasn't enough to keep the Dee in top flight football, and down we went!
Below, are the goals from the game, which took place on 19 April 1980. It is then followed by an interview with big Tam after the match.

Interesting point from Gemmell that the premier league prevents attacking football due to the pressure to stay up,have to agree its still pretty much the case now and that was 30 years ago, remember this game well,i was there.

What a game! Hopefully we go up next season, hopefully... Loved that Dee strip. Nice.

Agree that Dees were naive in attacking away from home in Gemmells reign and he ultimately paid the price for this swashbuckling strategy. Was at this game and Fergie was at his absolutely best in finishing that day. Big Tam will be best remembered for league cup win also against the Tims.